Apassing motorist shared the scary video of a vehicle that plunged off a cliff along Highway 1 near Gray Whale Cove State Beach Monday.

The man who took the video told San Mateo County fire officials that he saw a dark-colored SUV traveling northbound and, without slowing down, sped towards a cliff, said The Mercury News.

The video also depicted the vehicle being momentarily airborne before disappearing from the frame.

Alongside Coast Guard personnel, CalFire, the California Highway Patrol and the San Mateo County Sheriff’s Office, fire officials initiated the search for the driver and the car amidst the 40-foot deep waters, according to FOX News.

Rescue crews discovered tire tracks on the cliff and several car parts in the water, but were uncertain on whether the parts were related to the recorded crash.

They have yet to find the vehicle or any survivors of the crash as of late Wednesday, added FOX News.

HAPPENING NOW: Multiple agencies are searching for a vehicle that was reported to have gone off the cliff at Grey Whale Cove. One witness reported the incident. Tire tracks were found. Car parts found in water, unclear if the parts connected to this incident. 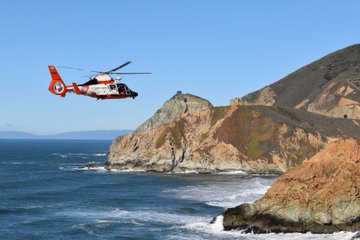 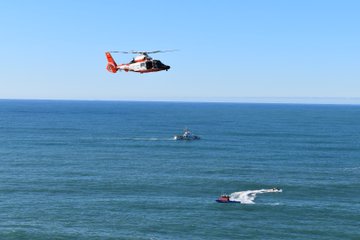 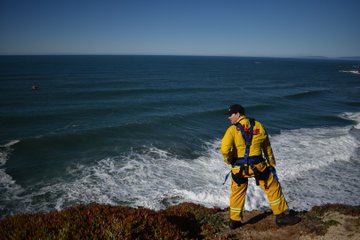 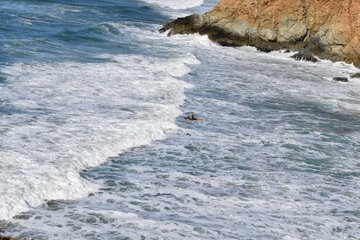 21 people are talking about this

California Highway Patrol public information officer Bert Diaz told The Mercury News that they had to suspend the search Monday due to a high surf advisory, adding that the conditions could prove to be dangerous for rescue groups.

Diaz also pointed that they are still investigating the incident and that they are puzzling on what caused the crash considering that they only have one witness and a 17-second video.

“All it shows is the vehicle veering off the cliff. There’s no before, and so at this point, we don’t have any information,” he said.

HIGH SURF ADVISORY: Look at those waves! We’ve heard reports of waves up to 30 feet locally. Our message on a day like today is simple: Stay away from the water. Thanks to @AndriaKPIX for helping us get our message out today. 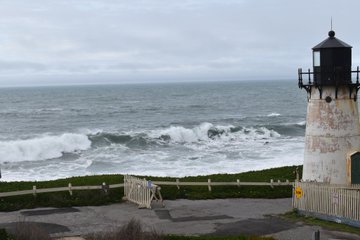